Me, Me, Me ,
Page Generators

Me, Me, Me ,
Page Generators

Assignment: This coding project guides students step by step through the programming logic necessary to create a game of fetch using a series of challenging mazes. Students use Scratch programming to create, save, and play their games.

The object of the game is to guide the red dog toy through the maze. Earn points for bouncing the toy off the cat and for getting the toy to the dog. Lose points for running off course and touching the green edges. Complete all 10 maze levels to win the game.

What is Included with the Tutorial: 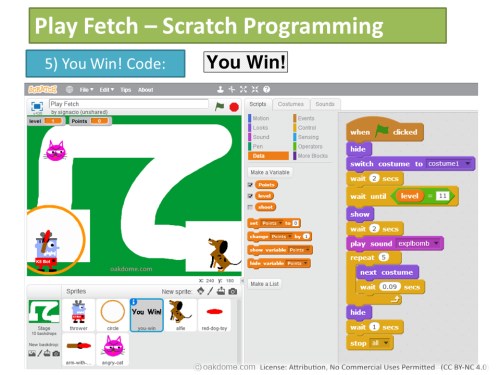 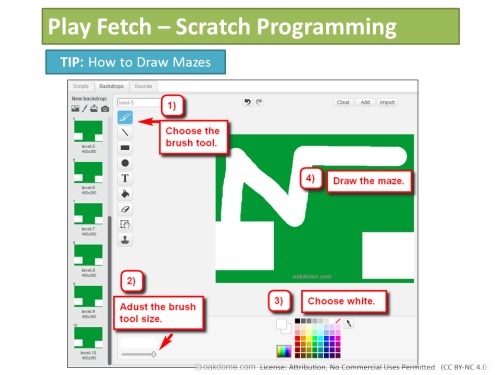